Back when I was studying in Germany, I had this friend whom I loved dearly. We lost contact after I moved back to Barcelona, but I still think of her often. We had many a crazy adventure in the dark wilderness of the North, and I still remember snippets of a secret language, nicknames for most everyone we knew, and laughing, a lot. One thing in particular has stuck to my mind, though: She had terrible eating habits. So did I, mind you. Oh, to be a young cheesecake-devouring fiend all over again… So many fond, sugar-coma memories.

The one thing she did know how to cook, however, was Shepherd’s Pie. Well, that, and eggs on toast. While she taught me the secret winding paths that lead to the latter, we never did get around to cooking the pie.

Thus, I gathered all my knowledge and wisdom and considerable resourcefulness and hit google. Then I tweaked it a very little bit, and shazzam! I got myself a Shepherd’s Pie recipe that is to die for. If I do say so myself. I’ve made this countless times since, and it never fails to transport me back to those endless, cold winter nights spent longing for a fireplace, or the college equivalent… vodka.

Well, hey, we all have a past. Let this pie be atonement for my college devilries.

Now, I do realize the cheese is not strong with this recipe. In fact, you might even leave it out altogether, should you feel so inclined, but why in the world would you want to do that?

Servings: about 5 0r 6 people, preferably half frozen to death

Start with the mashed potato layer. Place the potato chunks in a deep pan and cover with water (I used broth for extra flavor). Bring to a boil, then simmer for about 20 minutes, or until completely tender. Drain the potatoes and mash them thoroughly with a fork (or if the 21st century has reached your kitchen, use a potato masher). Stir in the butter and milk while still hot, and season with salt and pepper.

While the potatoes are boiling away, start preparing the filling. Cook the ground beef in a large skillet until thoroughly browned and no pink bits remain. Transfer the meat to a plate or bowl, but reserve some of the drippings in the pan.

Add onions and carrots to the same pan, and cook until tender.

Then stir in the peas, corn, tomato sauce and Worcestershire / soy sauce. 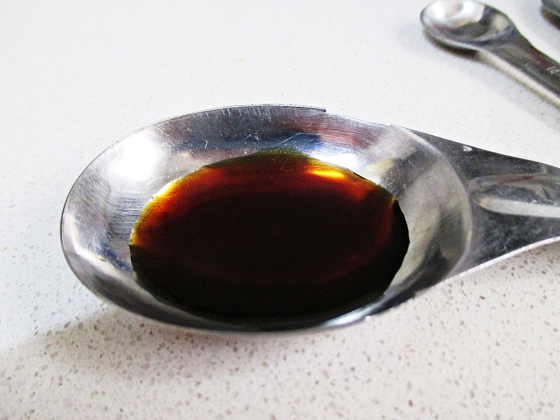 Cook for a few minutes, or until the peas have thawed, then return the ground beef to the pan.

Transfer the filling to an oven-proof dish. Dollop spoonfuls of mashed potatoes evenly over the filling and smooth into an even layer.

A word of caution: The mash and the spoon will have formed a deep bond of friendship. They will be loath to part, and it will take quite a bit of coaxing, shaking, scratching and/or cursing to get the mash to drop on the filling. If you feel like it and don’t want to toss the whole thing out of the window, create little peaks on the mashed potato layer to get crispy edges later on.

Bake on medium-high for 30 minutes. Sprinkle with some shredded cheese and return to the oven for another 10 minutes, or until the cheese has begun to brown.

Cool for 10 minutes, then serve immediately. 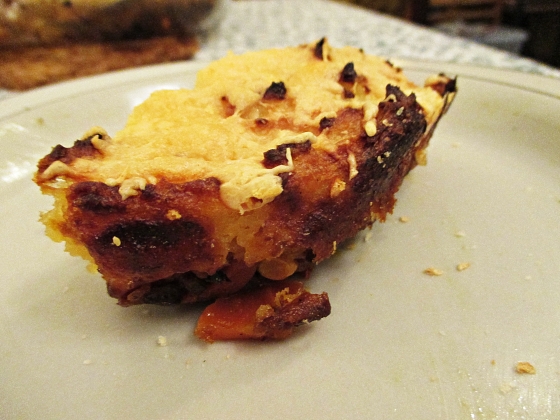 One thought on “Shepherd’s Pie”